Through Your Spotting Scope​ 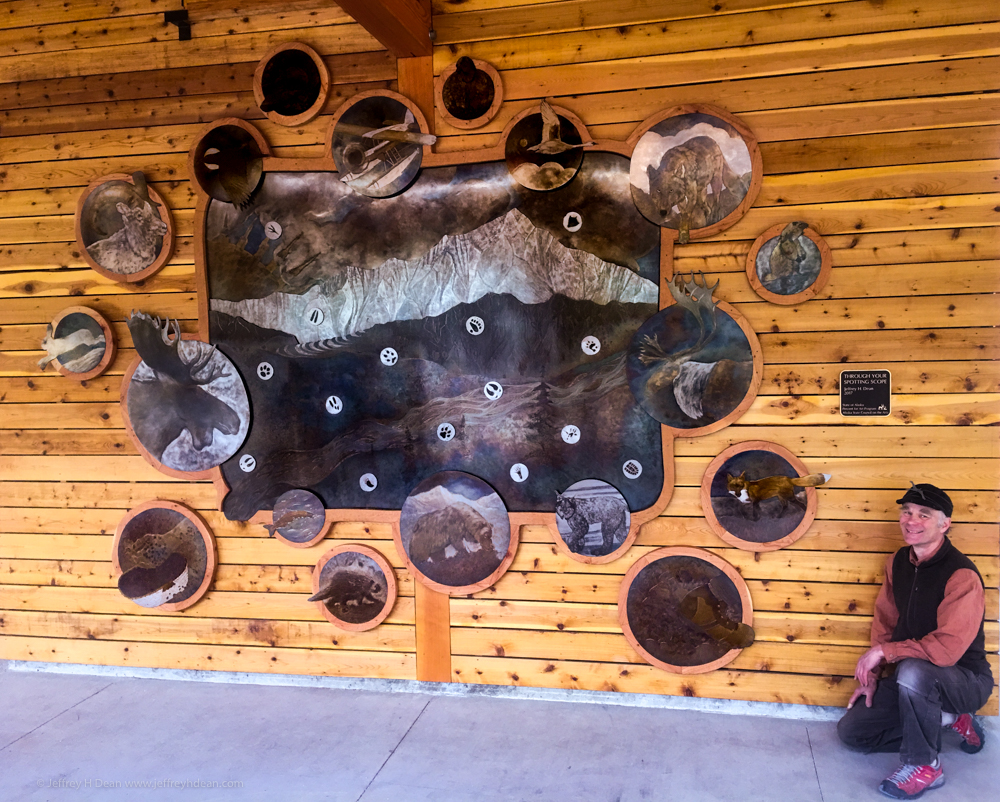 Through Your Spotting Scope is the first Alaska Percent for Art Program commission for an Alaska State Park. It’s in the K’esugi Ken Interpretive Center, which is on a knoll at the foot of Curry Ridge in Denali State Park, mile 135.4 Parks Highway, just north of the Denali South Viewpoint.

After applying for the commission in mid-March of 2016, I received notice that I was selected as one of five finalists in early May. I submitted my proposal a couple of weeks later, and in early June, I received an exciting email saying I’d been awarded the commission.
With an artwork agreement and materials in hand, I began work on the project in late September. Finally, after more than five hundred hours of work, the design became a reality.

I installed the 13.5′ wide x 9.5′ high, multi-layered, heat-colored steel engraving in May of 2017, where it can now be seen with the real Denali in the background.

I made the wall sculpture using techniques I’ve developed over the last 30-plus years to make heat-tinted, engraved steel pictures. Heat tints are the oxidation colors resulting from heating the metal to various temperatures, the same colors a blacksmith uses to judge the heat when tempering a tool.

The visual effect from these pieces is quite dynamic. I grind the steel using carefully chosen abrasives and deliberate movements to model the forms and create patterns and textures. These give the metal a great sense of depth and movement that changes dynamically with the angle of light and your point of view.

I explain how I made this type of steel wall art in detail on this page through pictures and descriptions of the actual process of making Through Your Spotting Scope. However, if you are a metal artist and want to learn precisely how to make this type of metal art, you may want to check out my online course.

Though it needs to be seen in person to experience this dynamic effect fully, the following images will give you a sense of what you’ll see if you visit the Interpretive Center. The first group is details of the scenes from around the perimeter. They depict some of the animals found in Denali State Park and some of the park’s cultural uses. Towards the end of this page, you’ll find closeups of each of the various parts of the wall piece.

More views of 'Through Your Spotting Scope' 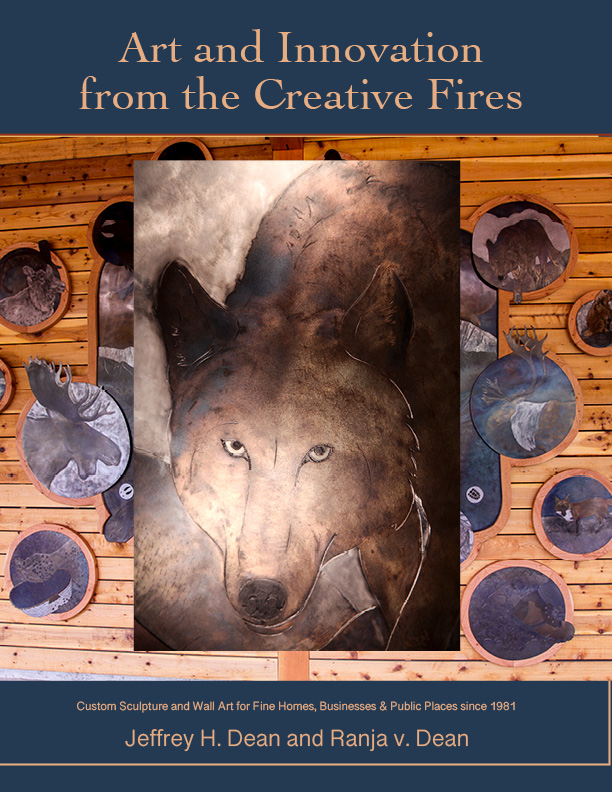