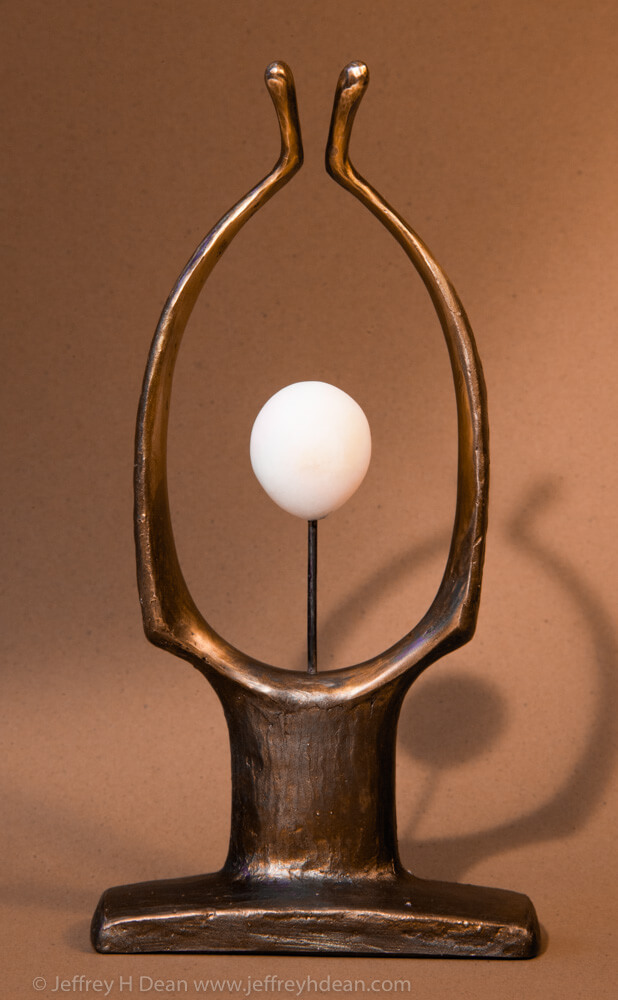 Sometimes the inner fires dwindle and we are out of touch with our creative genius. This small bronze sculpture can remind us of the inspiration lurking within.

Though the creative fires have never smoldered in recent years, their primary fuel has consisted of timber, copper and code; albeit arranged with an eye to beauty and innovation. Timber and logs for building. Copper and brass, steel and glass for our solar and wood combi-system. Software and servers, inputs and outputs for the controls.

The break from sculpting was to be expected. After moving to Homer, we needed a home and shop, sheds and barns and my upbringing had instilled the do-it-yourselfer in me.

Grandfather was an architect. Back in 62 when my brothers and I were young, he and dad’s mom helped my parents add on to their ever shrinking homestead cabin.

And so it began…

Building in Alaska is often followed by the words “Never Ends,” even before the invention of Tyvek. Throughout our teenage years, summers found us tools in hand and building. First there was my mother’s pottery studio, then the sauna, then the firewood shed and so on…

In my early twenties I’d had a three year break at the Naguib School of Sculpture near Chicago, but back in Fairbanks after a chilly winter trying to sleep in a tipi, I took summer, hammer and saw and by first snow erected a couple of portable yurts for home and shop. The days were filled with learning and teaching, carving, drawing and print making. Life was good but lonely.

Dad had taken a year’s sabbatical in Oak Ridge the winter of 68/69. It’s a long story but she was 6 and I was 12 that summer. I’m embarrassed to say I mostly remember playing with her older siblings, swimming, making hay houses and riding their horses and burros. I do remember her as a feisty little sun baked blonde.

Our families had a special connection and my mom stayed in touch. Lucky for me! Fifteen years later, my soon to be sweetheart Ranja, arrived in Alaska for the summer.

Fall eased into winter as we squeezed yurts, tools, burls and bones into an old school bus for a frost bitten trip to Tennessee where yurts found new foundations, grain bin roofs and oak board siding. Bones and burls started new collections and piles of their own, and I got busy fixing treadmills in her families business with Octobers spent demonstrating and selling our sculpture at the Dollywood National Crafts Festival.

Five years later after another flurry of building, this time a nailed timber frame home with an arched roof made with grain bin sides for her mother, we were ready to move on.

We took our growing family to the mountains of North Carolina and like his father, my dad helped us remodel an old farm house and build our sculpture workshop. We loved the mountains, hardwoods and rocky streams , but ten years later the call of Alaska became irresistible and we were on the road again…

October of 1984 had found Ranja and I bundled into the back of mom’s pickup for a chilly ride to Homer with my one of my pottery teachers who was visiting from Iowa. We fell in love with it and in the year 2000 when we returned to Alaska with Ranja’s sister’s family, Homer was our destination.

It took a while to find, but our beautiful piece of land awaited, tucked against the hill above Kachemak Bay overlooking Grewingk Glacier and the snow capped Kenai Mountains. It was the end of the spruce beetle infestation on the Kenai Peninsula and there was an abundance of ready timber. We were magnets for the bargains, unexpected gifts and unique opportunities coming our way and it didn’t take long to gather the requisite piles of boards, roofing and resources.

Once again my creativity took a functional turn. It was time to build again…

We decided to get together with Ranja’s sister’s family and pool resources. With an outhouse, a couple of tents and chicken houses, and the beginnings of the kitchen and workshop I had started the winter before, we threw ourselves and our families into a tangle amid the roses, fireweed and nettles and got busy.

The building years went by and my slumbering muse of sculpture kept a sleepy open eye, but mostly bowed to muses of other bents. Together we livened the winters of drawing, and summers of building, with trefoils and beach logs, curved walls and rafters, rabbitats, orchards, donkeys and cows, timber jigs, water tanks, gardens and yows.

The stars and tides are shifting again and times evolve and change.

We give thanks to our friend carpenters, electricians and plumbers, As the dust begins to settle, my patient muse of sculpture is wide awake. The clay and chips are flying and we’re humming a happy tune.

If you know me well, have been on one of our tours, or spent much time on my website, you know I like coming up 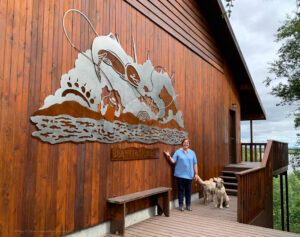 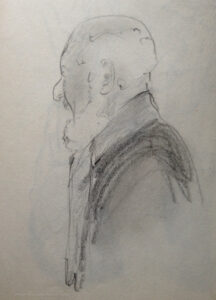 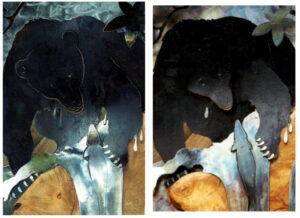 NextOh you volcanoNext
Click here to opt out of Google Analytics 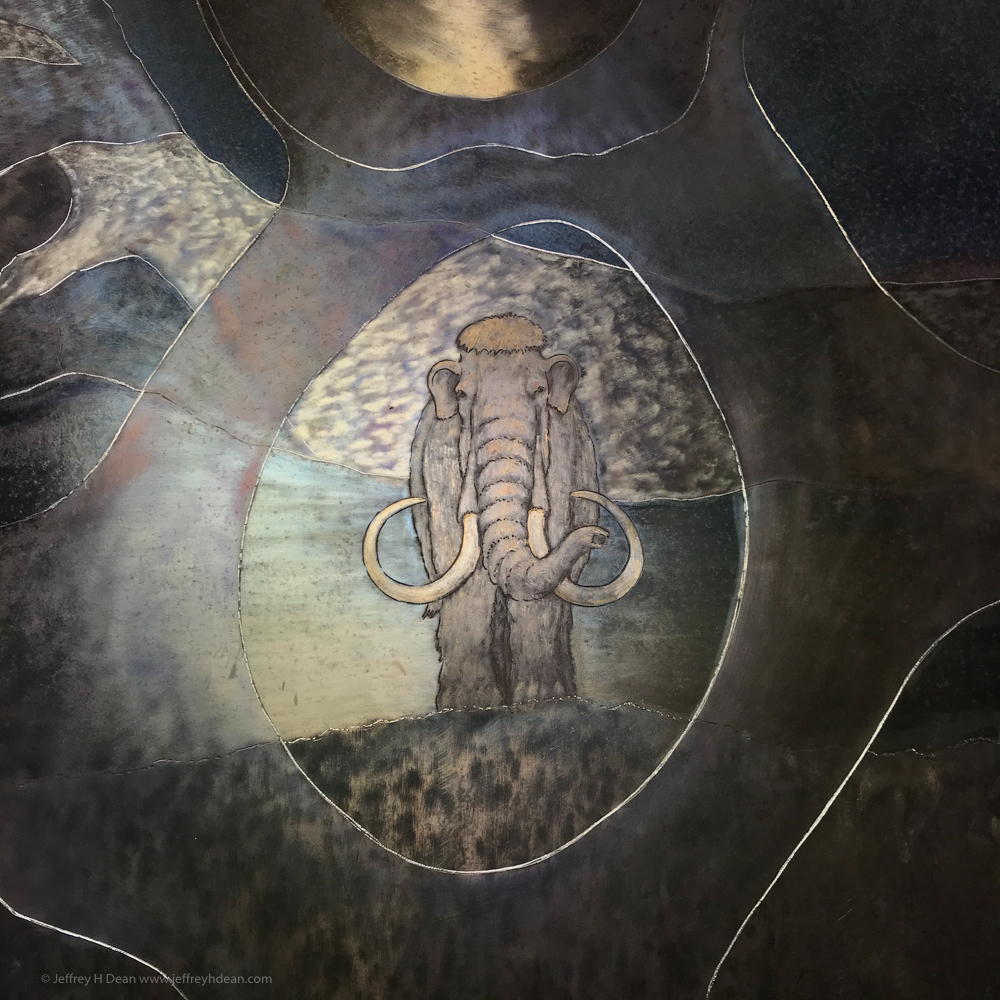 Not planning to go the way of the mammoth, are you?

Enter your details below to save your cart for later. And be sure to get in touch with questions.